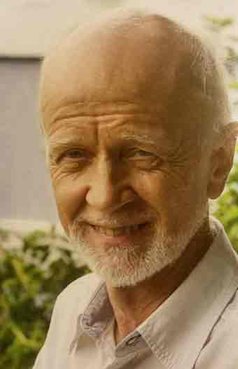 On 17 January this year 2017, my brother Bengt died at the age of 67. During this last year we spent more time together than ever before, growing closer as we established The Sjöberg Foundation.

Bengt's life was greatly influenced by his upbringing. He was born in 1949 as the fourth and last son of our farming family. As the youngest he benefited from an increasingly mechanized agriculture environment and his physical labor was not needed. He had time to dream. Bengt, the dreamer, had time to fantasize about all the things he would have when he grew up. He dreamed of the motorcycles he saw in his big brother's magazines and of course cars too. He devoted endless time to dreaming about and designing different car models.  This interest in cars was his passion for life. He was convinced that one day he would have the money to get all the cars and motorcycles of his dreams. However we brothers were skeptical. In spite of our skepticism Bengt’s stubborness formed, and a little loner dreaming of cars took shape.

After graduation, Bengt took a temporary job as an traveling salesman of Tylö saunas and won the prize for the best results in Sweden. Perhaps it was here that he improved his sales skills. The trips were made in an old Saab V4 whose road-holding qualities sometimes was put to hard tests. He then acquired  international experience by working for the Swedish trade commissioners offices  in Prague and Jeddah.

His career in the logistics industry began in 1977 within ASG, where, after a brief introduction he was transferred to the sales office of ASG and Schenker, a joint operation in Hong Kong. His service vehicle was a Vespa, with which he wound up in the dense traffic. After a few years, ASG opened its own office and began an expansion during which partly owned subsidiaries in neighboring countries were incorporated into the group. In the 80's Bengt made the then largest Swedish investment in Hong Kong ever when ASG bought a large terminal building and moved their operations there.

In 1986 Bengt made his best investment in Hong Kong, creating a family, marrying the Thai flight attendant Jirapa with whom he had a daughter Michelle in 1987 and a son Joachim 1989.

In this period two events happened that laid the foundation for Bengt's fortune. ASG got a new CEO who decided to sell the foreign operations. Bengt could buy out the Far East operations affordably. Bengt had built up some capital by speculating on the fluctuating Hong Kong Stock Exchange. Later, SJ decided to sell its A-shares in ASG and Bengt accepted the offer and had suddenly 27% of the votes in ASG. When ASG later was sold to Danzas, Bengt made a substantial profit but lost his position as management director.

These were harmful years for Bengt who loved his profession but now wasn’t able continue. So he devoted himself to investments in various businesses such as leasing, hotels, etc., but he missed his logistics business. After about 5 years when the ban no longer could be justified Bengt started up a new logistic far east business, APC (Asia Pacific Cargo).

During the following years, the business consolidated and by increasing European imports from China it was possible to build up his own Chinese subsidiary and expand. After this development Bengt felt that the now tougher logistics industry had passed its prime. The old business contacts he had in Sweden, where he devoted his visits to traveling around acquiring and maintaining customers, began to disappear for reasons of age. He made these work trips in his old Golf Cabriolet with a plastic bucket in the front seat to catch the leaks from the roof when it rained. This was far from his childhood dreams about beautiful cars, given that now he could easely afford any car he wanted. Now his dreams became about buying a castle or the big Turning Torso, but for neither of these projects his offer was accepted. However his dream to do something extraordinary still lived on. The contacts he had during his trips no longer had the same feeling for the old ASG-time, the common references declined. Bengt felt it was time to begin to dismantle the ownership of the APC Group. The Japanese logistics company Nippon Express bought the APC group in 2012. In November 2015 Bengt finally left the business.

2016 began with a shock. The stubborn cough that plagued Bengt in recent months, turned out to come from tumors in his lungs. The diagnosis was lung cancer and tumors had already dispersed in his body.The discussions we had been having for a long time to create a foundation to take care of his fortune suddenly became relevant. Bengt  now decided to found an everlasting foundation that would promote research, primarily in the area of cancer, but also health and the environment. It was a rush, as the doctors' prognosis pointed to a few months of survival. Our first contact was made with Göran K. Hansson, Permanent Secretary of the Royal Academy of Science. He could give us insight into how a number of other foundations worked.  Göran also accepted our invitation to join the board of The Sjöberg Foundation.

Contacts with the research world continued, but most of all contacts were made by representatives from alternative medicine.  These contacts and lung cancer sufferers were given great hope by the establishment of the Sjöberg foundation with an initial founding donation of over two billions kronor by Bengt. The creation of the foundation and the donation yielded Bengt with many television appearances to spread the word and give more hope to those in need. Bengt talked about wanting to bridge the gap between conventional and non-conventional medicine through the support of research. In addition to the research support there would be a prize, the Sjöberg Prize, one million US dollars awarded to outstanding cancer researchers in their career.

When summer came, we did not consider ourselves in too much of a hurry as Bengt seemed to recover, so we decided to take in the opinions of cancer researchers about what they thought the foundation should invest in. Most stressed the need for coordination between research units and the need for patient follow-up both for research purposes but also as a prerequisite for further patient contact. The foundation's decision was that we would contribute to the building of a network between the Swedish research institutions, initially concentrating on those researching lung cancer care with a focus on early diagnosis and precision diagnostics. For research and also for clinical practice, we would support the construction of information systems with life-long follow-up of patients.

From our contact with the scientific world we had learned that the research projects going on in many places focused on non-conventional methods, but they often lacked funding because the products typically can not be patented. Here the patient and public benefits could be large because the costs of these products is negligible compared to the prices of modern cancer drugs.  Again, the Foundation could make a difference by giving grants, a way to bridge the gap Bengt talked about.

Bengt was doing his best in November but in early December it was concluded that the tumors had started growing again and untreatable brain tumors were discovered. He left us on January 17.

Bengt's last year he considered to be his happiest. The responses and the appreciation he received for the donation to the Foundation was a big surprise to him. The curiosity he always had in various fields of business, he devoted now to the study of cancer, which fascinated him. His view of life changed as a result of contact with cancer affected people. He had a different view of life and nature, and felt that his fortune would make a positive contribution to the future. He stopped reading the Stock Exchange pages in the newspapers as wealth became unimportant.  His last action seemed sound. At last a dream that would came true.

For me, the memory of Bengt is not that of the donor, but of the human person.